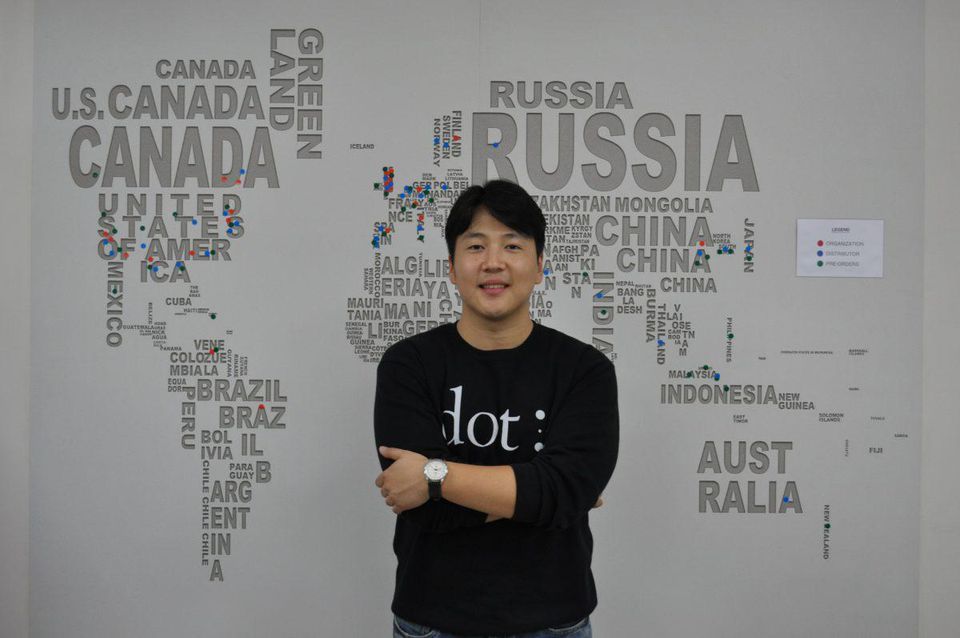 Eric Juyoon Kim, one of Forbes' 30 Under 30 Asia 2017 finalists, imagines a world where the world’s 285 million vision-impaired people have the same opportunities to learn and communicate with the same privacy as everyone else. Seeking to disrupt the oligopoly of high-priced braille products, his startup Dot in South Korea recently launched its flagship Dot Watch, a sleekly designed silent assistive device that can display scrolling messages four braille characters at a time and send simple replies or actions through the two side buttons.

“We think that if we make [the device] more affordable, more people will use it … and they’ll have better education and jobs,” says Kim, cofounder and CEO of the social venture.

Ever since he showcased his startup’s idea on a Korean startup investment reality show, anticipation has snowballed for the smartwatch. By the time I first interviewed Kim in late 2015, when he had only a minimal prototype, his story had already been showcased in dozens of outlets, his native Korea donned him one of the proudest examples of innovation in the nascent startup scene, and he had been given the stage at a TEDx Talk in Mumbai, India on the challenges among the vision impaired to adopt braille.

Three years in the making, that smartwatch is finally on the retail market, debuting in London last month for 300 euros ($320). It is being distributed in 14 countries, including the U.K., Australia and the U.S., with the first round of 140,000 preorders to be delivered “soon” -- including one specially engraved for early customer Stevie Wonder, which Kim says they mailed out this week.

Marking Korea’s Disabled Persons’ Day on April 20, the Dot Watch will go on sale on local e-commerce website Auction in two editions: the black leather wristband “Hellen Keller Edition,” with 10% of profits going to support the deaf-blind community, and the grey band “Marrakesh Edition,” named for the Marrakesh Treaty that aims to increase braille access to published works, which will also donate 10% of profits to translating new content like “Harry Potter” into braille books.

Unsurprisingly, the road to launch has been as bumpy as the watch’s surface. “Every time we fix one problem, there are two more,” Kim says. During development, the startup spent many months figuring out the right materials that would allow the tactile pieces to move freely and quickly without letting in water and debris. But it is marked by small victories: Last week, the Korean government selected the Dot Watch as an assistance device, meaning it will provide 80% purchasing subsidies so the country’s vision-impaired users can buy it for $60. “With this reference, we can enter the subsidy market in other G20 and developing countries, so this is really motivating for us,” Kim says. Last month, Kim pitched a win at the startup competition Slush Tokyo, where he earned a $100,000 prize and the attention of several Japanese investors including Taizo Son.

The watch is just part of Dot’s mission to use technology to help the vision-impaired become more independent at an affordable price. Dot wants to tackle two problems: bridging the technological barrier for visually-impaired smartphone users and creating more literacy tools to give the visually impaired the same opportunities to learn, regardless of what country they’re in. Most of the visually impaired give up on braille due to difficulties learning it and accessing expensive devices, Kim says. He ultimately hopes to make an impact in India, home to one-third of the world’s vision impaired. The company hopes its brand success in developed markets like Europe, the U.S. and Korea will pave the way for its ventures into educational devices. It also plans to develop the Dot Mini, a Kindle-like braille tablet, and the Dot Pad, a smart device that will display tactile graphics and images. It is also planning a public device to assist blind pedestrians that can work with the Dot Watch.

On April 1, the startup officially kicked off development of two models of the Dot Mini, which Kim hopes will be the cheapest braille device on Earth: the Dot Mini Basic, to be priced $200-$299, for reading textbooks and other school materials, and the Dot Mini Pro, at $500-$599, which will have an SD card port and support typing for note-taking. It aims to wrap up product development in October, without all the hiccups of developing its flagship watch.

“This will be totally different because we’ve already experienced a lot of things through the Dot Watch,” Kim says. He hopes the Mini, to be mainly developed as a subsidized device, will be distributed with the help of governments in India, Indonesia and other developing countries. Then it will assess the need for it in developed countries, where he says the vision impaired lack lightweight, simple devices for leisure reading.

“We just focus on creating the world that we want to see. It’s not a business approach,” Kim says.