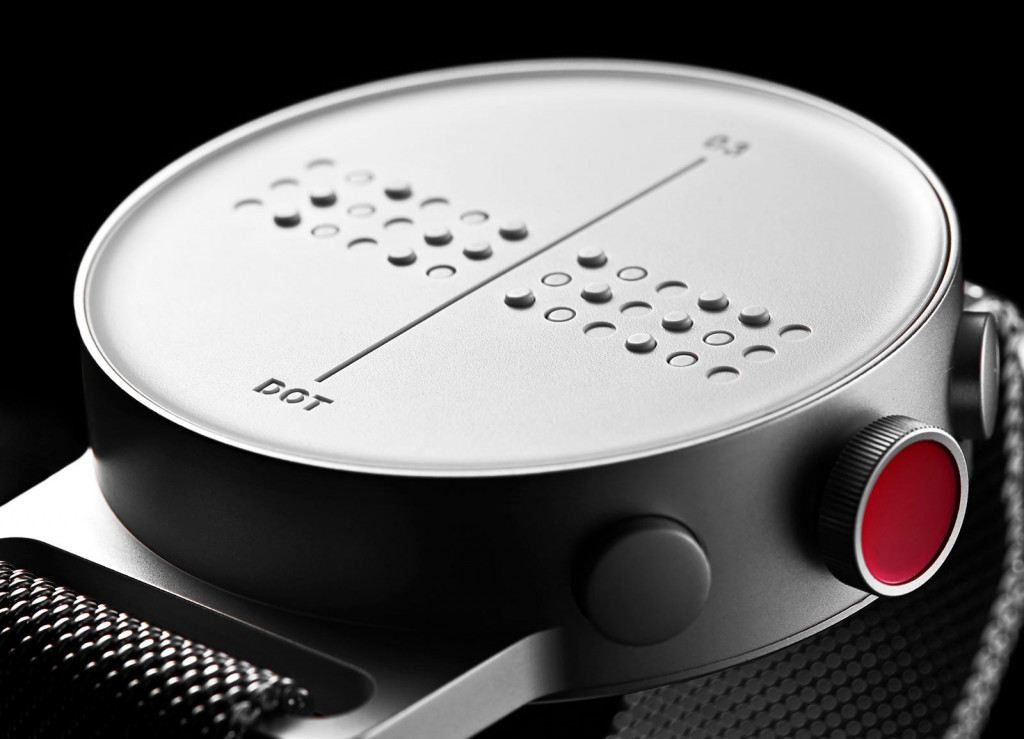 When you think about how useful smartwatches can be, you probably aren’t thinking of where they’re flawed, but fortunately someone has been.

One of the major flaws with a touchscreen you wear on your wrist is that it’s not really going to be suitable for everyone. Just imagine how utterly useless a device based around a touchscreen is for someone who can’t see, and relies on physical touch to communicate things. The unfortunately reality of modern electronics is that it doesn’t always cater to those with disabilities, and when it comes to touchscreens, it’s hard to get past the issue of sight. But one company is at least trying, and has developed a smartwatch for people who are vision impaired, communicating in braille.

The concept here is called the “Dot”, and it’s a rather unusual smartwatch, taking the circular shape of a standard watch, but throwing in a mechanism to raise and lower dots on its surface to spell out words from notifications. The technology here is a form of active braille, because while static braille always exists in the form it was printed in, active allows the display to change, raising and lowering a series of 36 dots based on the needs of what’s being transmitted to the Dot watch. Dot syncs up to smartphones and alerts its owner what’s happened four characters at a time, connecting with touch sensors to move the position back and forth without any sight needed.

Unsurprisingly, you need to be able to read braille to make best use of the watch, but for those who need it, the Dot smartwatch will not only provide the time, but a constant indication of what’s happening in their lives. We’re told there’s a battery life of up to ten days here, able to be charged in up to two hours, with supported phones stretching back quite a bit, even to Android 4.4 if need be. Overseas, the Dot has been available for at least a few months, but locally, it’s been a little harder to find. However, Dot has teamed with eBay in Australia to make more of a dent locally.

“We’ve been overwhelmed by the response the Dot watch has received globally,” said Eric Kim, CEO of Dot. “Expansion into Australia represents the next chapter in our journey and it’s great to get the support from eBay to help us reach and make a difference to the hundreds of thousands of people living with vision impairment,” he said.

Locally, customers keen on strapping a Dot to their wrist or to a wrist of someone they know who would benefit can find the Dot braille smartwatch on eBay, where it will grab a local price of $549. (AUD)

A technology journalist working out of Sydney, Australia, Leigh has written for publications including The Australian Financial Review, GadgetGuy, Popular Science, APC, PC & Tech Authority, as well as for radio and TV since 2007.