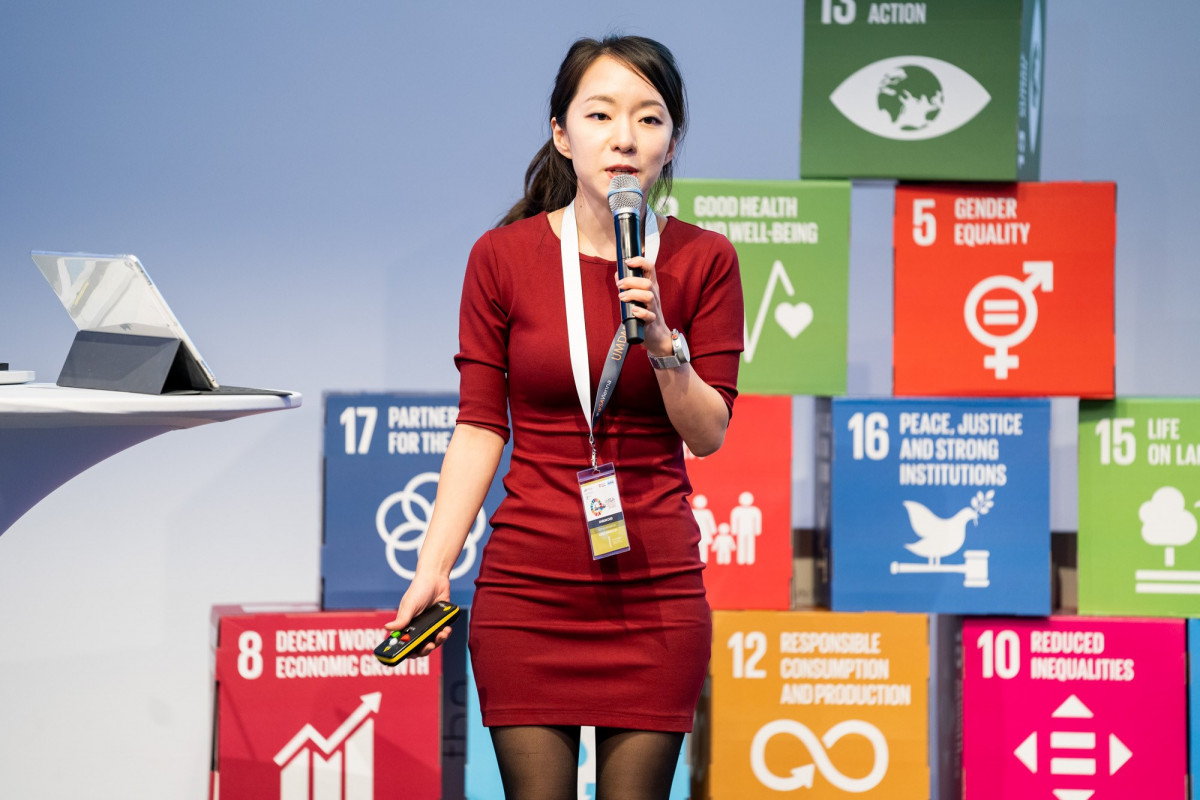 Dot Inc, a South Korean startup that develops digital devices for visually impaired people, won theUN World Summit Awards 2020, which took place in Vienna, Austria last week. The WSA award startups that enhance social value. This year, it selected nine final winners in eight categories from 40 finalists from 180 countries. By winning the category of Inclusion and Empowerment, Dot has become the first Korean startup that has won the 15-year-old award and the only Asian startup among final winners.

Launched in 2003, the World Summit Awards recognizes local digital content with an impact on society, demonstrating the richness and diversity of innovative applications to help achieve the 17 UN Sustainable Development Goals. The 17 goals were adopted by all UN member states in 2015 as a universal call to action to end poverty, protect the planet and ensure that all people enjoy peace and prosperity by 2030. Dot said it is devoted to improve UN Sustainable Development Goal #10, Reduce Inequalities. The Seoul-based startup best known for its tactile device Dot Watch said that it seeks to empower the 1 billion people worldwide with visual, hearing, and physical disabilities.
Another Asian startup GIVE.asia were among the finalists in the category of the Government and Citizen Engagement. Founded in Singapore in 2009, the company provides crowdfunding platform for social causes and has expanded to other countries including South Korea. The platform’s ‘Giviki’ technology, which provide free and easy-to-use crowdfunding websites to NGOs, was awarded at the event. “GIVE.asia aims to be a platform for all 17 UN SDG goals. There are NGOs currently working on all 17 UN SDG goals, but many NGOs are financially unsustainable. Large NGOs alone cannot solve all 17 UN SDG goals. Large NGOs must partner with local NGOs in order to make progress,” John Kim, COO of GIVE.asia, told The Investor on March 20.
By Park Ga-young (gypark@heraldcorp.com)
List