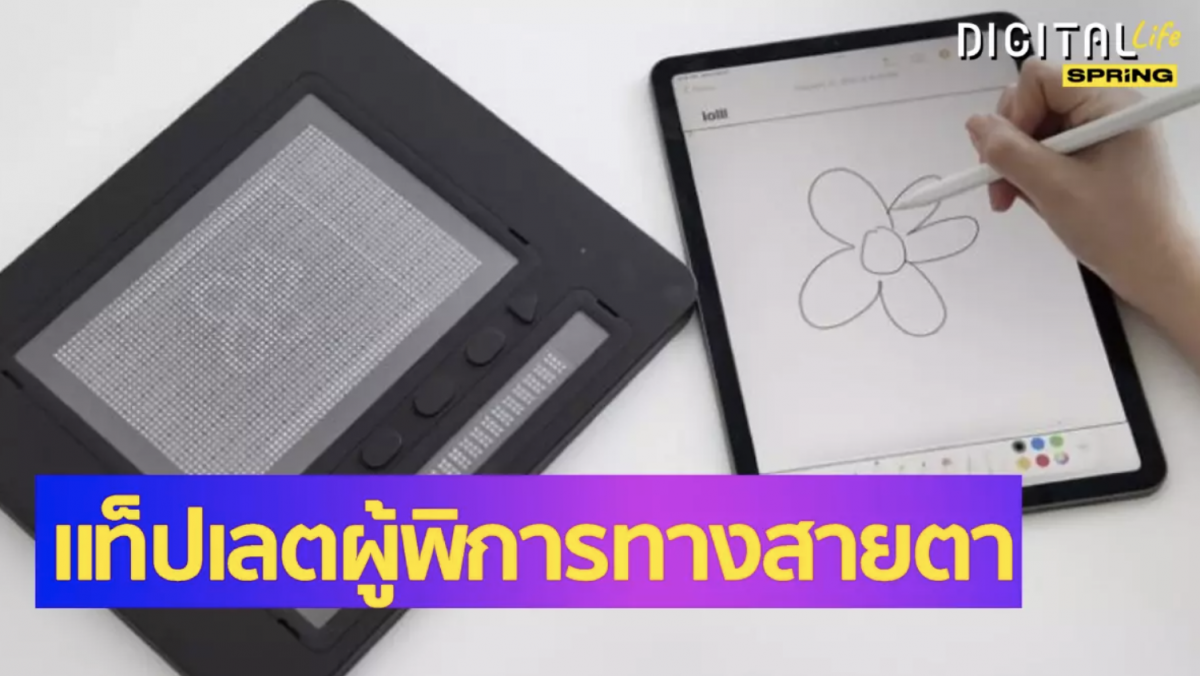 Everyone is probably familiar with the tablet or iPad that everyone has played with. But the functions for the disabled may not be sufficiently convenient for practical use and to enhance the comfort of the visually impaired. DotPad was born with the idea of ​​changing the world and the lives of visually impaired people.

The Dot Pad will make applications in the App Store more than 2.2 million applications. able to support the accessibility of the visually impaired like never before, which Dot Inc. has planned to use to improve education in schools, universities

Including being able to continue to use to help work again called this would be Innovation that has changed the world for the visually impaired Because whether working and playing various applications will be more comfortable.

Simplify with easy connectivity with Bluetooth enabled and compatible with iPhone and iPad.

The Dot Pad gives you the freedom to study when looking at graphs, equations and diagrams without the need for a Braille textbook.

Support for graphics and text in Braille Dot Pad

Make working and staying connected at work more accessible. and can also manage decks Data reports and more with your colleagues more conveniently

From drawing to mixing music, the Dot Pad has opened up a whole new platform for a wide variety of artists. Get creative on your device and experience your work in a tactile way on the Dot Pad.

Dot Inc. also produces a watch called Dot Watch to help the visually impaired. Which this company has a cool and interesting idea. Because at present, the convenience of the visually impaired is not enough for normal living. Technology will be able to improve and improve the lives of people with visual and other disabilities. noticeably improved