[스토리] A Dot Watch for My Son Who Is Deafblind 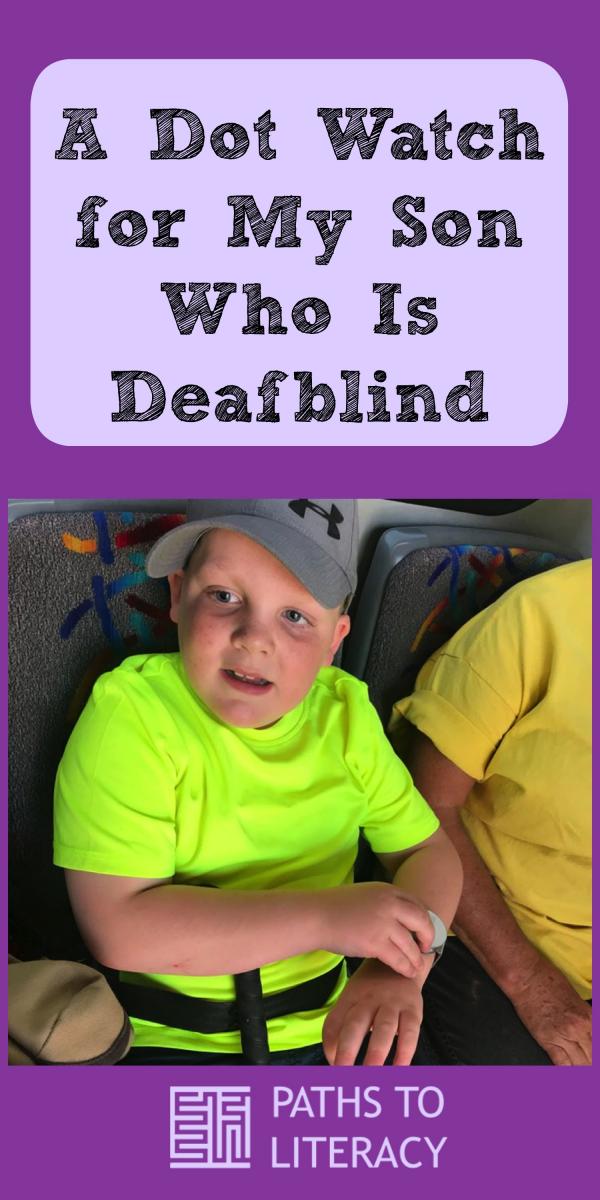 I am the mother of a busy, independent and determined 9-year-old boy named Liam.  He will be going into 4th grade this year.  Recently I ordered the new Dot Watch for Liam and I am in love!  I have always believed in getting technology into the hands of my son as early as possible.  I got the watch for him because I wanted him to have the opportunity to conveniently tell the time himself without having to always depend on someone else.

My Review of the Dot Watch:

I was a little skeptical at first about the Dot Watch; it is new technology and hasn't been on the market long.  Despite my doubts, I ordered it anyway because it had the potential to be an amazing tool for Liam, if it worked as advertised.  I was able to order it through Amazon.

I was extremely pleased with the Dot Watch as soon as it arrived.  The packaging was clean and simple, the instructions were clear and extremely easy to follow for both braille readers and print readers.  Immediately I was able to pair it to my iPhone.  Not only could I tell the time easily, I could find the date, use a timer and receive/read text messages as well (of course all by using the small refreshable braille screen!)

The screen itself only displays 4 cells at a time.  The refreshable braille screen has a protective "film" over the dots; I wondered how this would affect Liam's ability to read the braille.  It doesn't seem to bother him much.   The watch vibrates as an indicator for alerts.  The "time" feature works without having to be connected to a phone.  The Dot Watch has other features as well, but those will be the four we will work on  first.  The second day he had the watch Liam enjoyed telling me what time it was...every time the minute changed.

Plans for Using the Dot Watch with Liam

Liam has been working with his Focus 14 (refreshable braille screen) for the past couple of years and has been working towards becoming proficient in texting family and friends;  this is one of his goals at school as well.  Currently he can text someone with some support for when he gets 'stuck'.    The Dot Watch is the next "project" Liam will be working on.

My first goal was for Liam to be able to use the Dot Watch to tell the time independently.  To do this he needed to be able to turn the watch on and push the correct button to show the time.  He also needed to learn how to 'clear' the home screen.  He was able to reach that goal the same day he received it.   He can use the watch to know what time it is and how that relates to his schedule at home and at school.  This summer he was able to use the watch during an outing during summer school where he used the public transit system for an Orientation and Mobility lesson.

Future goals (in this order):

First Day with the Dot Watch

Here is a video of Liam's very first time with the Dot Watch on (Please turn on captions):

Showing the Dot Watch to His Younger Brother

Here is a video of Liam using his Dot Watch a few weeks after he has had it.  His little brother Finn was a good helper for the video.  Make sure you turn on the captions.  I captioned for English and the ASL.