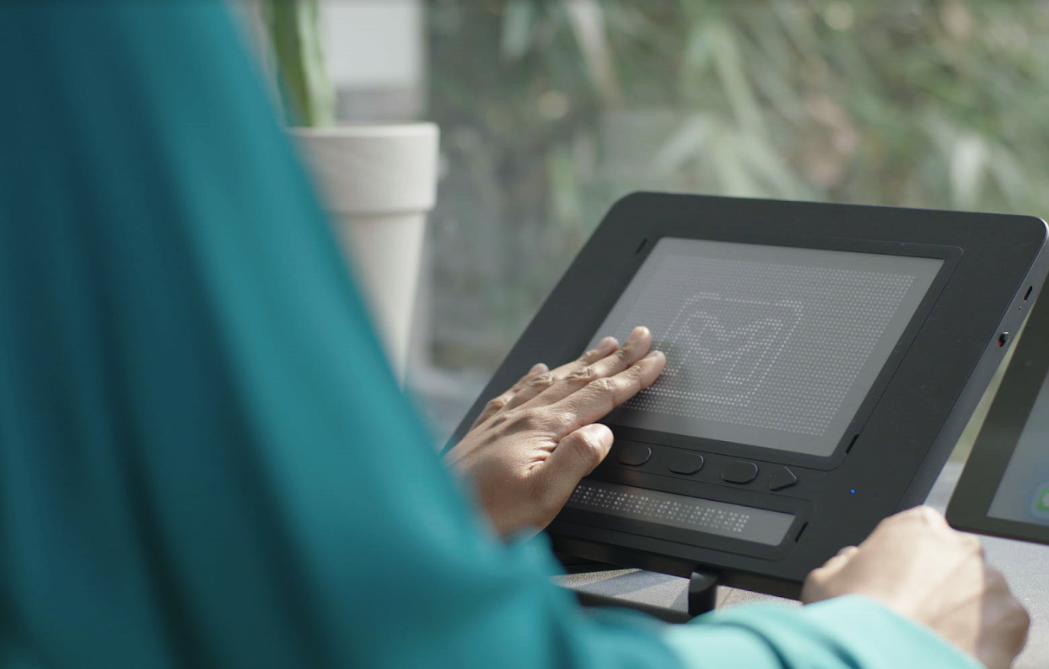 Dot Pad is the "first intelligent tactile graphic display for the visually impaired". It can display any visual content from any source, the agency says, because Dot's innovative image processing technology uses artificial intelligence to analyze and understand visual input and render it as accurately as possible on the Dot Pad's 2,400-dot tactile display.

Dot Incorporation co-founder Ki Kwang Sung, who co-founded the company with Eric Ju Yoon Kim, says, “In the 21st century, the need for graphical information is increasing, but blind and partially sighted people are being forgotten. Even when home schooling and working from home were needed during the pandemic, there was no solution for them.”

Alexander Schill, Chief Creative Officer, Serviceplan Group , says: “When we partnered with Dot Inc. in 2015, the idea of ​​the Dot Pad was a big dream. For seven years we have worked together to develop innovative devices and software that make text accessible to the visually impaired. But the goal was always to open up further horizons - with the Dot Pad we are now entering a new dimension."

At the heart of the Dot Pad is the third generation of Dot's innovative actuator technology. The Dot Pad uses electromagnetism, which could reduce size, weight, power consumption and price - by more than tenfold. This increases user-friendliness enormously and makes the Dot Pad affordable for the majority of blind and visually impaired users. Dot's actuator technology will also be licensed to other manufacturers so that as many people as possible can benefit from it.

To create understandable tactile content, the Dot Pad uses an innovative image processor: an AI trained on millions of existing visual and tactile graphics. This allows it to analyze, understand and segment visual content and translate it into tactile graphics best suited to blind users.

For further software and hardware support of tactile graphics, Dot Inc. is in contact with major technology companies to create a common file format and open database for tactile graphics. Dot Inc. works with a number of educational and government institutions such as the University of California Berkeley, Carnegie Mellon University, McGill University, Columbia University, Busan Public Transportation and the National Museum of Korea.